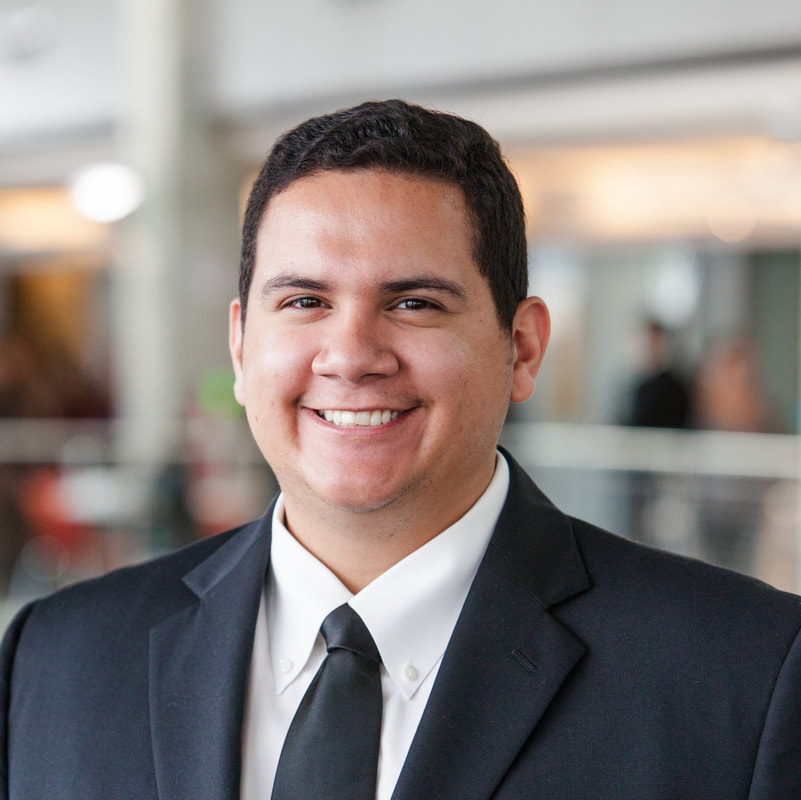 Motivate, inspire, and empower nontraditional students to get more out of their college experience.

​       A speaker and podcast host giving underrepresented students the resources they need. Arnold has presented more than 20 times, too high school, and college students. Topics starting from why you should go to college to landing your dream job and everything in between.
Arnold is an engineer with a master's degree working at his dream company. He has been a recruiter for top companies, a college professor, and a scholarship interviewer. All these experiences give Arnold the knowledge of what a recruiter, professor, and scholarship want from students 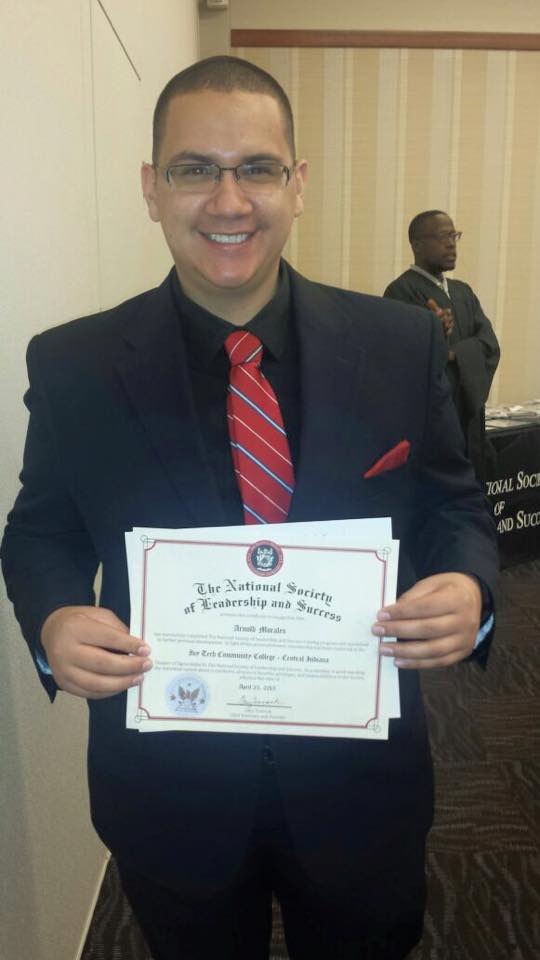 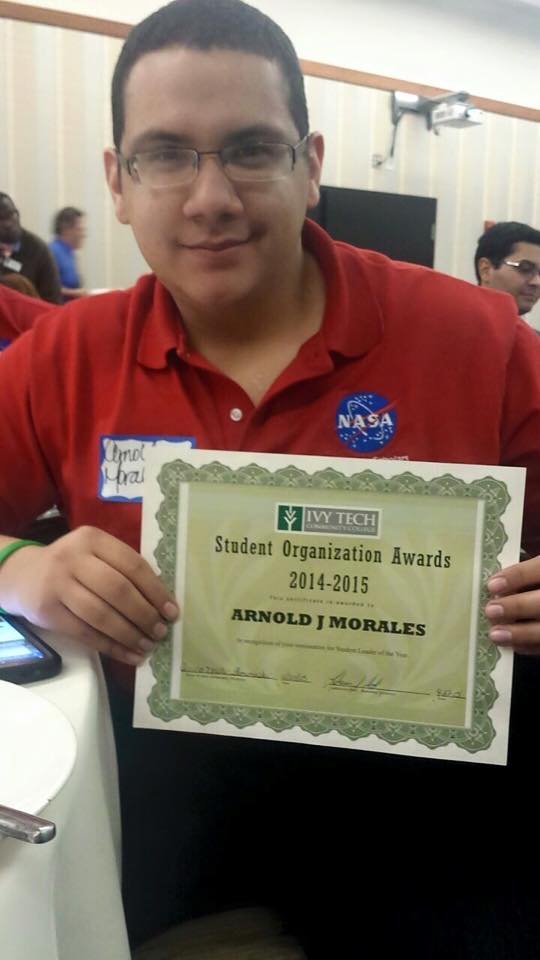 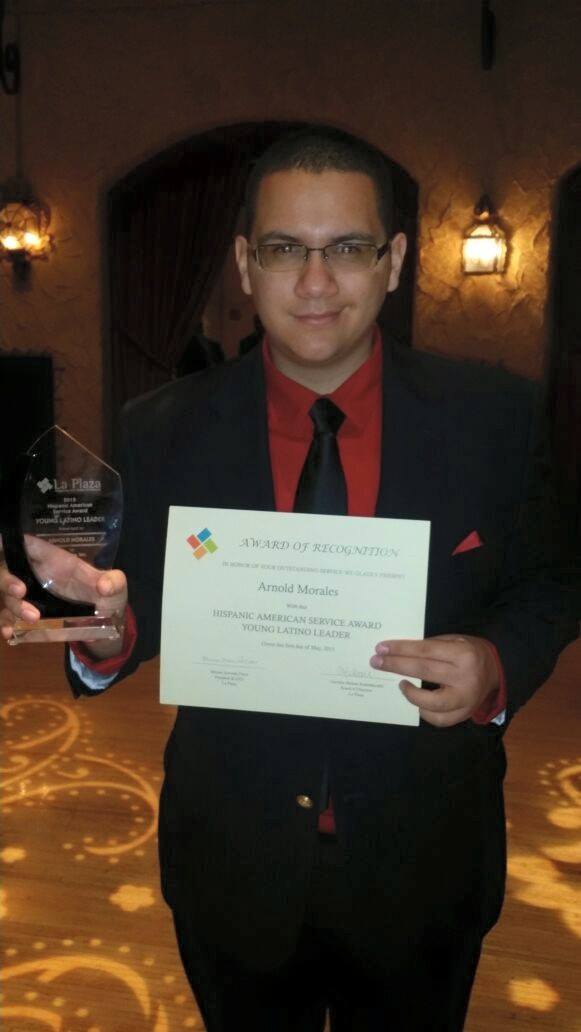 He can relate to the underrepresented since he was one. He was a teen that had just moved to the U.S. from Honduras when he got his GED and started working a minimum wage job he did not like.  Arnold decided to make more out of his life. When he began community college, he did not even know what an engineer was. Being first-generation, low income, and a minority, the odds were against him.
Arnold doesn't only know what is needed to succeed in college but did it himself. Graduating with Honors while building an empowering network and helping other students succeed. He started an award-winning engineering society and was Vice-president of two separate organizations. He received leadership awards from the Hispanic community, honorary membership to leadership societies, and student leader awards from his colleges. 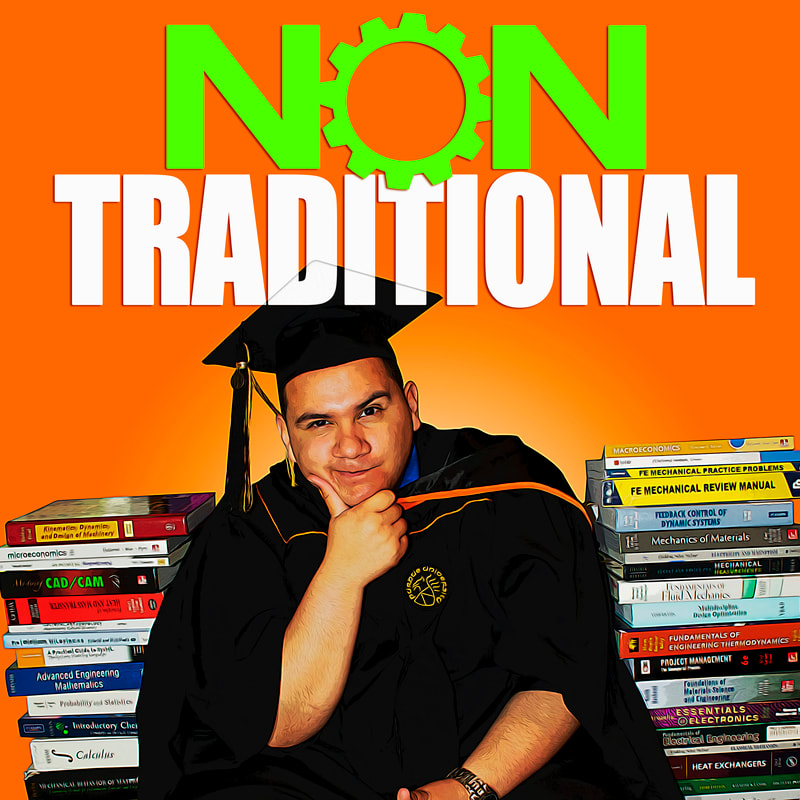 He has had unique opportunities like getting invited to NASA, sitting behind former President of the United States Barack Obama on his speech on free community college. He had conversations about students with current Vice President Mike Pence (at the time Indiana governor). Arnold has also won several design competitions and finished several successful projects that you can see on his website.  He graduated with $62,000 in scholarship, received internships from the biggest companies in his industry. Flew around the U.S to get interviewed for top companies. He ended his college career by being the commencement speaker and receiving an offer from his dream company.
Aside from the Podcast, Arnold offers every student he meets membership to his private Facebook group and to connect with him on LinkedIn.  So their professional network grows, and they can meet other students pushing their limits.
​ 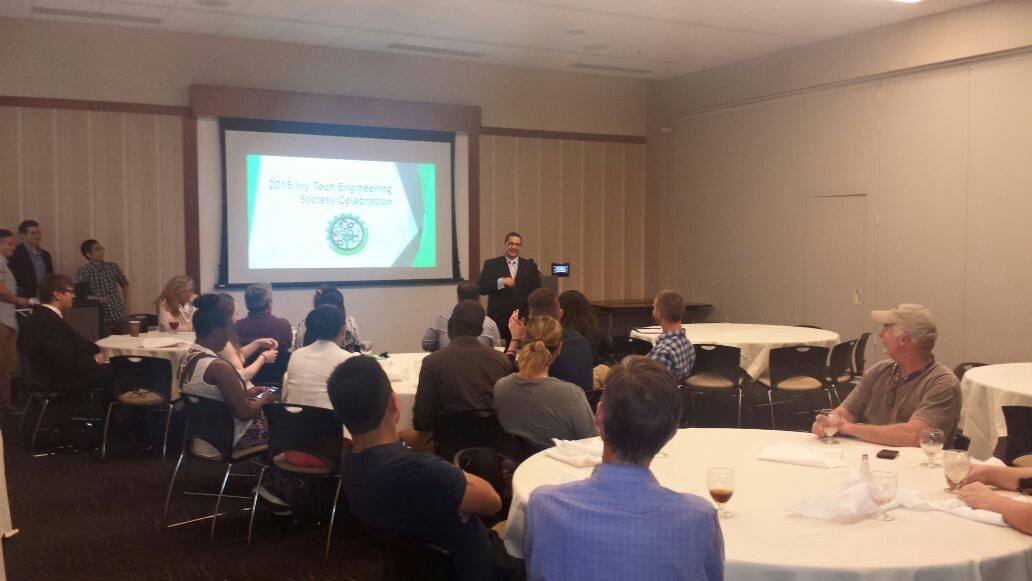 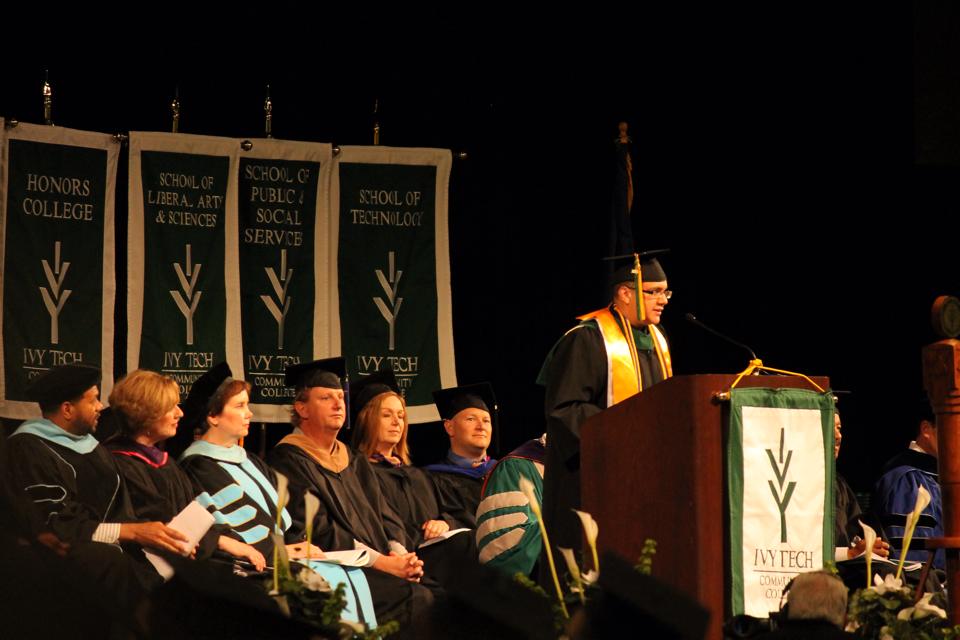 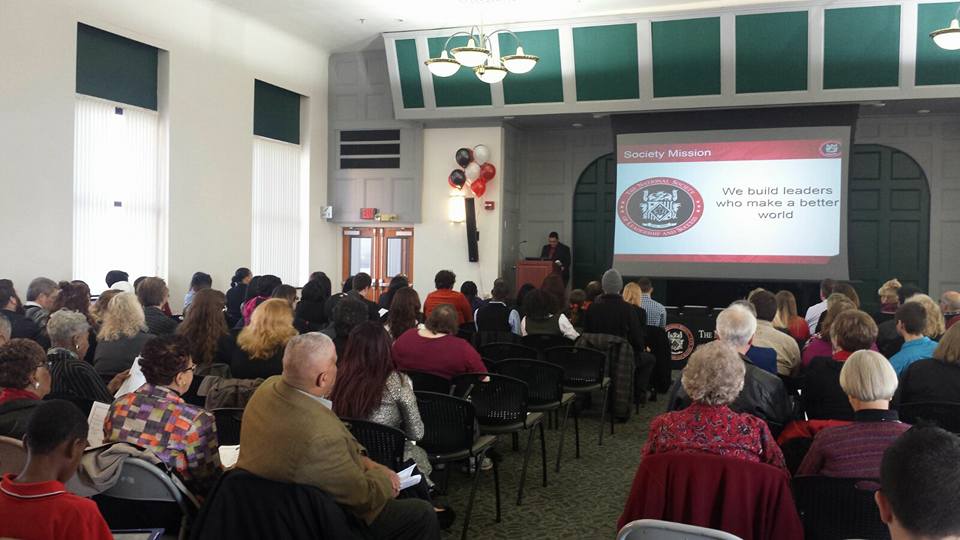 Students will learn how to land their dream job, enjoy college, make an impact, make lifelong friends, become a leader, and graduate with less debt!

“Arnold is an inspirational speaker and has an amazing story of lived experience as a first-generation college, Latinx warehouse worker to Boeing engineer.  Arnold has a passion to help others achieve their educational goals, career success and personal satisfaction.”
Sue Ellspermann.
President at Ivy Tech Community College

“Arnold Morales has amazing skill sets that demonstrates both leadership and the ability to deliver an inspirational message from his heart. Even as a student here at Ivy Tech he saw a vision for his fellow students and organized and grew our Engineering Student Organization and that was only one accomplishment. It has been fun and rewarding to see where Arnold's drive has taken him. He was our commencement speaker and did a good job! Listening to him speak now about his path and ambitions, I realize how much he has grown and polished his message. He will inspire students and seekers of any age to go for it!! ....and he can help them with tips along the way! I am very proud that Arnold Morales is an alumni of Ivy Tech Community College”
Kathy Lee.
Chancellor for Ivy Tech Community College

“I was Arnold’s mentor at Praxair Surface Technologies as he was completing his Mechanical Engineering degrees at IUPUI. Arnold is passionate about STEM education especially as it relates to Latino youth. I had the privilege of participating in one of the many programs that Arnold arranged and executed with great success in Indianapolis. I was disappointed that I could not convince Arnold to accept the job that I offered him, but I understand his passion for aviation and do not blame him for wanting to follow his dream and work for Boeing. I have no doubt that Arnold will continue to grow as a young professional and give back to all of the students that he has the opportunity to guide and mentor in the future.”
Adam Hunt.
Engineering Director at Praxair

“Arnold has always had strong leadership qualities dating back to Ivy Tech where he was the president of the Engineering Society. At the time, I was the president of the National Society of Leadership and Success (NSLS), and I recognized his achievements and gave him an honorary membership into our organization. Prior to him and I graduating from Ivy Tech, I invited him to speak to our members, and he spoke about his experience as a non-traditional student. Arnold has always been passionate about serving and giving back to his community by mentoring those that need direction. His passion for public speaking and helping others will always be something I’ll admire about Arnold Morales”
Joel Ottaway.
Student President at National Society of Leadership and Success


“Arnold is a leader who is on the horizon. He exemplified strong leadership characteristics by leading and implementing strategies to place the preengineering organization in exemplary status. He cares for the individuals that he works with and is willing to provide assistance when called upon as exemplified during his acceptance to serve as the student commencement speaker during this past year's graduation ceremony.”
Dr. Darrell Cain.
President at Pierce College Puyallup

“Arnold is one of a kind. I've had the opportunity to work with Arnold at Ivy Tech. He was the first president for Ivy Tech Engineering Society (IES). I watched him create IES from the very beginning. In one year, the organization has expanded and has over 60 active members. Arnold has definitely set a trend for others to follow. He can handle multiple tasks, involved in the community, and has a strong work ethic. As I graduate of Ivy Tech, I know that Arnold will do awesome things at IUPUI.”
LaMarcus Hall, M Ed., MS Ed.
Assitant director of student life at Ivy Tech Community College

“I was the primary advisor for Mr. Morales during his tenure at Ivy Tech Community College. His academic performance was well above average. As President (and Founder) of the Ivy Tech Engineering Society he displayed tremendous talent and skill in organizing events and managing the day-to-day operations and finances of the school club.”
Dr. Michael Hall.
Pre-engineering program chair at Ivy Tech Community College

“Arnold is a natural leader, born to excel and to strive to succeed and accomplish all set goals. His confidence is shown through his willingness to always push to achieve the greatest outcome, while staying humble/modest by providing his extra time to give back to the community. It has been a joy working with Arnold and to see him grow into the leader that I see today”
Michael Wilson.
Student at Ivy Tech Community College